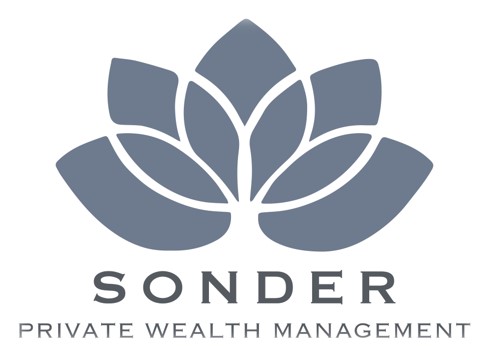 Illinoisans are hotly debating the proposed Fair Tax Amendment to the Illinois Constitution (Public Act 101-008).  The language on the ballot (I just received mine) to describe what is being proposed appears to be woefully inadequate in providing enough information for voters to make an informed decision.  And in fact, the Illinois Policy Institute has filed a lawsuit in state court regarding the language in the ballot, claiming the enclosed pamphlet does not provide a clear explanation and is misleading voters.

There is a lot of noise coming from organizations both for and against this change in taxation.  So much so, that I decided to dig into the details myself to really understand from all sides what is being proposed, and what short and longer term impacts this change may cause.

In 1969, the Illinois Legislature enacted the first income tax into the Illinois State Constitution.  It mandates that any income tax be imposed at a single rate for all taxpayers (a “flat tax”), no matter their level of income.  The Constitution also mandates a flat tax for all corporations, and that rate cannot be more than 60% greater than the rate for individual taxpayers.

That flat tax rate has increased over the decades, and currently stands at 4.95% for individuals, and 7.0% for corporations.

The legislature approved a new graduated rate structure for individual income taxes that will take effect on January 1, 2021 if the constitutional amendment passes.  As you may know, a graduated tax system levies taxes at increasing rates based on the amount of net income you earn.  The following table shows the new proposed Illinois individual income tax rates passed by the legislature.

*Marginal tax rates become effective only after passage of the constitutional amendment.

**The tax rate becomes flat at this level, meaning all income is taxed at this rate. Source:  Public Act 101-0008

The idea of instituting a graduated income tax scheme for Illinois is not new.  A graduated tax is fairer for mid to lower income taxpayers.  Yet, there is really nothing gradual about the marginal rates in the chart above – there are just two brackets: nearly 5% and nearly 8%.

The following chart shows a comparison of Illinois’ current flat and proposed graduated individual income tax rates with those in the most heavily populated states, and Illinois’ neighboring states.  Note that Illinois currently has one of the lowest tax rates and would have one of the higher rates if the Fair Tax amendment passes. 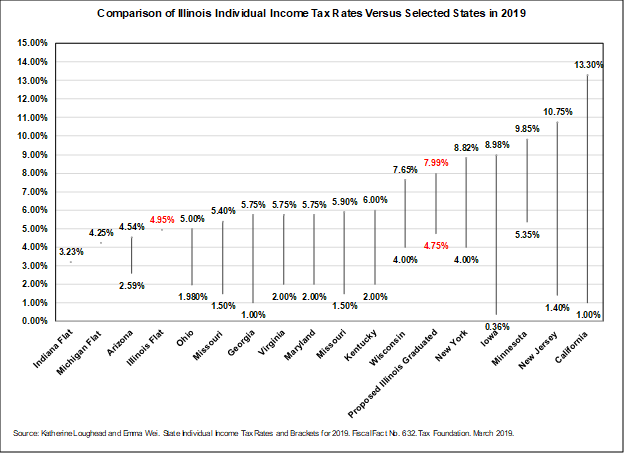 Another important fact about the Fair Tax proposal is that the system has a “recapture” feature:  For taxpayers in the highest brackets, the tax reverts to a flat tax.  So, for the highest income earners, they will be subjected to a flat tax at a rate of 7.99% – every dollar they earn, from the first to the last, will be taxed at a proposed rate of 7.99%.   It is not any surprise, then, that so many wealthy folks are in opposition to this amendment.

Corporations in Illinois are taxed at a flat rate, currently 7.0%.   Corporations also pay an additional tax of 2.5%, which is essentially a second tax on corporate earnings, called Personal Property Tax Replacement (PPTR) income tax.  The current combined tax rate for corporations is 9.5%.

The proposed tax amendment does not change the corporate tax structure.   Rather, the amendment keeps corporate taxes flat, but at an increased rate equal to the highest rate for individuals, 7.99%.   Add in the additional tax of 2.5%, and corporate tax rates increase to 10.49%.

To satisfy my curiosity about other state corporate rates, I found the following: 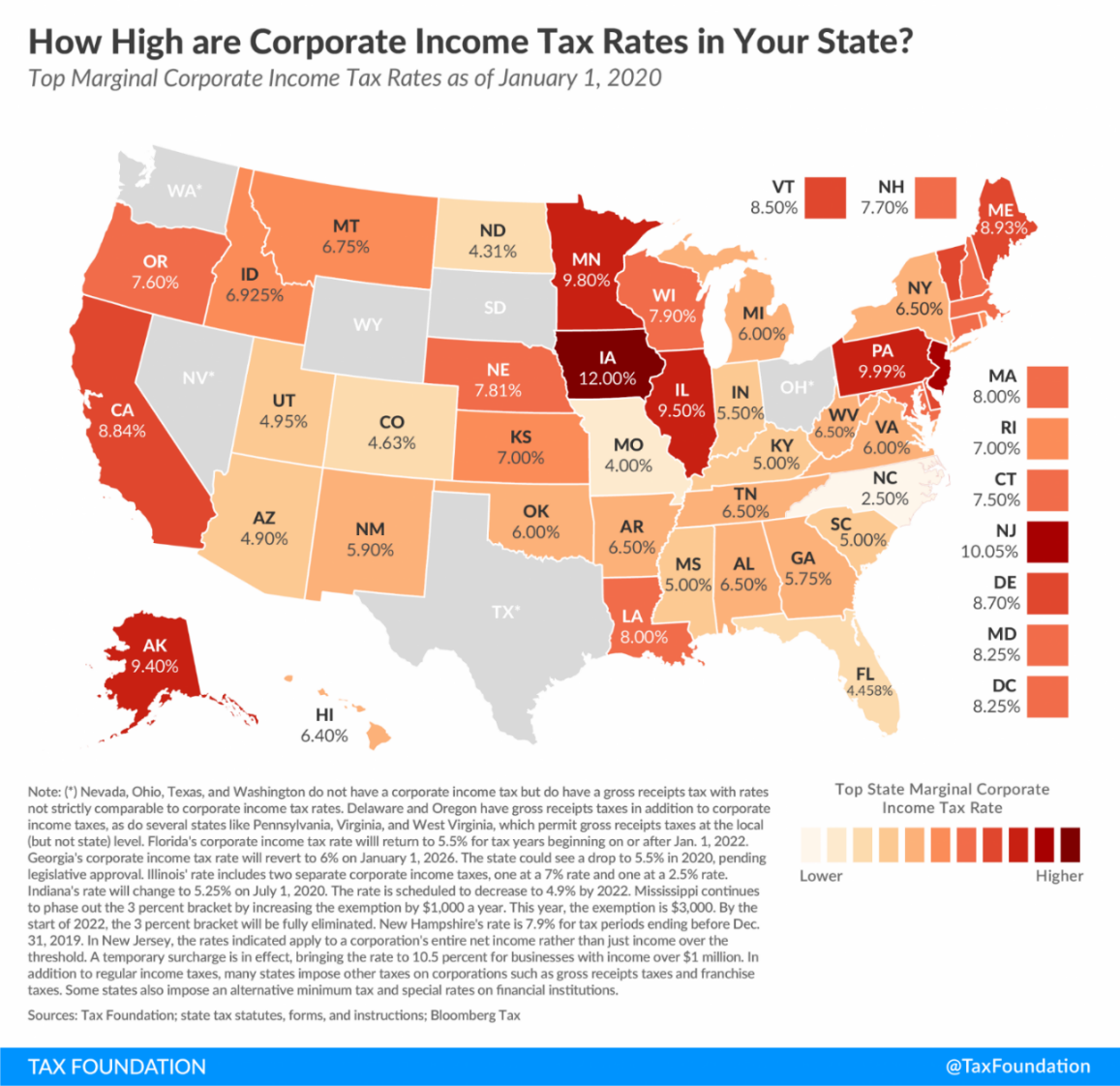 Clearly, Illinois is already one of the highest tax rate states.  It also has one of the highest debt levels.  The risk of raising corporate rates by another 99 basis points is that businesses may find it financially advantageous to relocate to neighboring states with lower tax rates, therefore reducing tax revenue for Illinois.  However, that calculation is complicated.  The costs of moving a business can be great and keeping/finding talent to fill jobs also comes at substantial financial cost.  Certainly, governments can offer tax breaks and other perks to attract business, but it is still not an easy undertaking.

I’m not convinced that a 0.99% tax increase in the corporate tax rates in the proposed amendment will create an exodus of business from Illinois.   However, recall that the constitution allows for corporate tax rates to be not more than 60% higher than the highest individual rate.  That means the corporate tax rate could be increased to as much as 12.78% (15.28% including PPTR).  And our neighboring states are moving in the opposite direction regarding income tax rates.   The combination of these factors does increase the risk of business exodus.

If you run your business as a pass-through entity, such as a partnership, limited liability corporation, or Subchapter S corporation, the Fair Tax proposal strikes a very big impact on your future income tax liability.  Pass-through entities are those that pass through all taxable income to the individual shareholders or partners.  Thus, income is not taxed at the corporate level – it is taxed at the individual rates.  As such, they are the predominant form of business in Illinois.  And, well, you’ve seen the proposed individual income tax rate table above.  At higher income levels (above $250,000), the tax advantages of a pass-through business structure disappear.

The Fair Tax Amendment does not provide for the taxation of retirement plan distributions.

The Fair Tax Amendment also provides for an increase in real estate tax deductions, from 5% to 6% of taxes paid.  Moreover, the Child Tax Credit is increased by $100 for each child under the age of 17.  The credit begins to phase out at $40,000/$60,000 of annual income for single/joint filers.  The impact of these enhanced deductions is helpful, but not significant for many taxpayers.

Additionally, the Illinois Senate passed Bill 689 repealing the Illinois Estate and Generation Skipping Tax if the gradual tax amendment passes.  Not that estate/transfer taxes were ever big revenue generators for Illinois; the argument for the repeal is to protect Illinois farmers from having to sell the family farm in the event of death. Currently, estates valued more than $4 million are taxed on a graduated schedule up to 16%.

The Illinois Governor’s Office of Management and Budget (GOMB) estimates the Fair Tax plan would generate about $3.6 billion of additional net revenue annually.  The estimates are conservative and include additional cost of enhanced deductions and an increased revenue allocation to local governments of $100 million.

It is not clear how the state intends to allocate the additional revenue.

A graduated income tax is fairer and transfers a greater share of tax contributions to those who are more able to pay.  Most Illinois taxpayers will see some reduction in tax liability, while net revenues increase by an estimated $3.6 billion.

The serious nature of Illinois’ financial condition likely forces an income tax increase in some form.  By implementing the graduated tax, lower- and middle-income families are not subjected to the increased tax burden.  This is especially important during the current pandemic, as these folks are also disproportionately impacted.

Generally, a graduated tax system tends to support small businesses and individuals in years when income is down in adverse economic conditions. (Note: the proposed rate brackets do not provide relief in this scenario for businesses that earn more than $250,000).

While there is no stated allocation, directing the additional tax revenue to support education and human services is one of the most effective ways to combat income inequality and poverty.  A more equitable economy spurs growth and prosperity for everyone and reduces state’s financial burden of healthcare and welfare benefits.  In the long run, economic growth will be the best way for Illinois to dig itself out of the massive debt hole.

Moreover, the rate brackets are somewhat unusual, and are likely to change over time to make them more gradual in nature.   The recapture feature that reverts the tax back to flat from gradual may also be a moving target for taxpayer groups.

The new system creates more risk in Illinois’ financial picture, as it would increase the state’s reliance on income taxes overall to fund the budget – particularly on higher income earners, whose income tends to vary significantly year over year depending on economic conditions.

There are no provisions to allocate the additional net revenue to Illinois’ underfunded pension obligations and overdue debt.   Without tackling the debt burden Illinois carries, there is little hope that the increase in tax revenue will improve the state’s financial stability and credit worthiness in the short run.

The choice on whether you vote for or against the Fair Tax Amendment seems to come down to deciding between a choice of what is bad or what is worse.    No one is happy to pay more in taxes, particularly when the tax dollars are given to a state legislature that has demonstrated fiscal irresponsibility.

Yet, in the long run, the odds of improving Illinois’ financial health and stability might be better under a graduated tax system.  But there is no guarantee of that unless the government can work harder on better fiscal discipline.